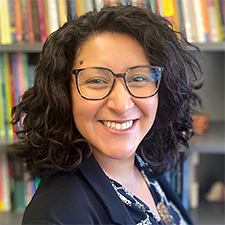 Lucy C. Arciniega has over ten years of experience in the diversity, equity, and inclusion industry. She is a full-time consultant and recognized scholar-practitioner on diversity and inclusion, having published academic articles in several peer-reviewed journals, as well as opinion editorials through her column, "Diversity in the Workplace," which was hosted from 2017 to 2019 by the American Anthropology Association, a professional membership organization with over 10,000 members. Currently, she also holds a consultant position as the Managing Research Director at the National Diversity Council, a non-profit 501 (c) 3 organization, overseeing the NDC Index, an annual survey which measures organizational commitment to diversity and inclusion. In this role, Lucy designed the methodology for assessing the results of a 200+ question survey according to global diversity and inclusion best practices. She also designed the NDC Index Report to help companies use their survey results to create an efficient DEI organizational strategy that maximizes their investment in organizational change.

Formerly, Lucy held a position as a Visiting Assistant Professor in Business and Organizational Anthropology at Wayne State University. As a trained anthropologist, she has also used her cross-cultural perspective to bring key insights into customer service experience, management leadership strategies, and employee and team engagement dynamics through change management consulting. Lucy C. Arciniega received her Ph.D. and M.A. degrees in Anthropology from the University of California, Irvine. Her doctoral research on the diversity and inclusion industry received numerous awards, including the Wenner-Gren Foundation for Anthropological Research Grant. She is currently working on her book based on the culture of the selling and institutionalizing diversity work in corporations. She lives in and works out of Los Angeles, California. 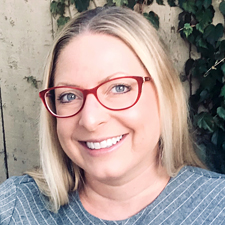 Melissa (Missy) Maceyko is a full-time scholar-practitioner who focuses on the role that interpersonal conversations play in impactful DEI initiatives, effective social change, and political action, domestically and globally. She has published a work on these topics in academic peer-reviewed journals and in popular publications, including in Anthropology News, a newsletter hosted by the American Anthropology Association, a professional membership organization with over 10,000 members. Currently, she holds a consultant position with the National Diversity Council, a non-profit 501 (c) 3 organization. In this role, Missy serves as Executive Director of the Center for Allyship, where she designs and manages benchmarking and best practices research and creates tailored training programs for organizations.

Since completing her Ph.D. in 2016, Dr. Missy Maceyko has also held a position as a Lecturer in Anthropology, Linguistics, Gender Studies, and Political Science at California State University, Long Beach. In addition to teaching and mentoring, she has worked extensively on campus climate and public education initiatives and currently serves as the Chair of the President’s Commission on the Status of Women. She also serves on the California State Public Policy Board for the American Association of University Women. As a trained linguistic anthropologist and political theorist, she has also used her highly interdisciplinary and cross-cultural perspective to work with international and domestic language and social justice movements, LGBTQIA+ and Women’s organizations, public education initiatives, policy watchdog groups, grassroots political organizations, and political campaigns. Dr. Missy Maceyko received her Ph.D. and M.A. degrees in Anthropology from the University of Virginia, focusing on Sociocultural and Linguistic Anthropology. She received M.A.s in General Linguistics and Anthropology from the University of Virginia and B.A.s in Political Theory and English Literature from Allegheny College. She also holds a certificate in Language Documentation from the University of California, Santa Barbara, and has worked to document and protect endangered languages in East Africa and Papua New Guinea. She is currently working on her book, which explores how small shifts in everyday communication can impact effectiveness in conflict resolution and social movements.